This article was originally written for my periodic column at the online magazine Comixtalk in November 2006. In this column I’d like to continue our discussion of the potential for visual […]

Comic Theory 101: Too Many Twos 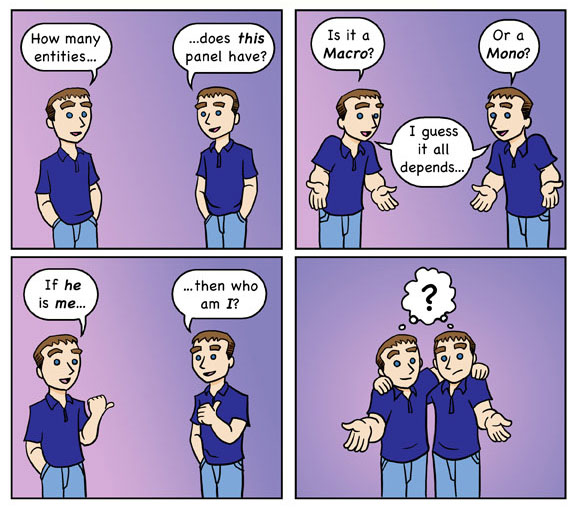 This article was originally written for my periodic column at the online magazine Comixtalk in March 2006. 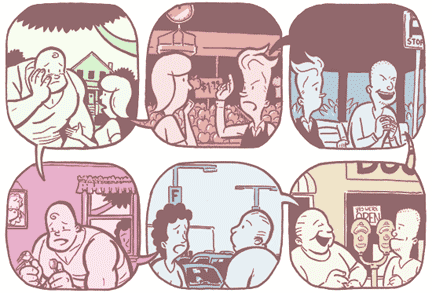 This article was originally written for my periodic column at the online magazine Comixtalk in March 2007. by Neil Cohn and Tym Godek Over the years, some graphic elements have become […]

I’m happy to announce that I have a new article out in the journal Frontiers in Psychology titled “The architecture of visual narrative comprehension: the interaction of narrative structure and […]

One of the important basic tasks of doing research on the visual language used in comics is to identify the foundational components that go into our comprehension of sequential images. […]

Eye-movements for comic panels vs. photos

In the recent article, “Inferring Artistic Intention in Comic Art through Viewer Gaze,” the authors examined whether people’s eyes are more directed to parts of comic panels than they are when […]

Craig Fischer has a nice article over at The Comics Journal about how panels focus attention, particularly focusing on the work of Jack Kirby. He nicely keys in on several […]

The Pictorial and Linguistic Features of Comic Book Formulas