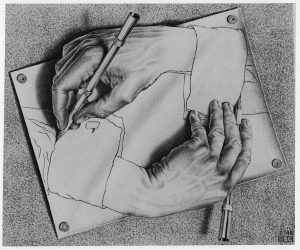 Many people feel they “can’t draw”, which seems odd given assumptions about drawing as a direct pathway to visual concepts. Most of us can see, so why can’t we draw? This was originally a thread on Twitter, but here I’ve turned it into a blog post about why everything you know about learning to draw is wrong

First off, here’s some of the predominant beliefs about learning to draw:

1. Drawing is about what you see, either by eye or in your “imagination”

2. People have talent or they don’t

3. Having your “own” style is good

Do these sound familiar?

These beliefs are a relatively recent invention, and date back to the philosophy of Jean Jacques Rousseau, who proposed that culture might taint our more “natural” instincts. This is where they “copying is bad” part comes in.

Rousseau’s ideas was invoked for drawing in the 1800s by the Austrian painter and educator Franz Cižek, who proposed that children’s true “inner artistic creativity” could only emerge if we prevented them from copying others, because imitation let in that “bad cultural influence. Cižek’s framework was quickly taken up and spread in art education, which pointed to the skilled drawings produced by Cižek’s students, where it pushed for people to develop their own “unique” styles, and copying was considered a boundary to individuality.

This anti-imitation mindset also reinforced a “never-ending avant garde”, which became popular at the time, since styles would vary by individuals. Art education has since viewed drawing proficiency in terms of these fairly unmeasurable traits.

Yet… there was really no *evidence* for this idea. In the 1970s, art educators Brent and Marjorie Wilson started studying children’s drawings and found that nearly all of them copied! And, the ones who were most skilled copied more and were more creative, than those who didn’t copy.

Children’s drawings from Japan were shown to be most proficient of all children they studied—without the “drop off” in the progression of drawing ability around puberty shown elsewhere—since all children read and copy Japanese manga, which have a consistent visual vocabulary. 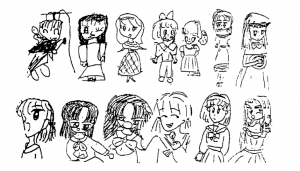 In fact, reanalysis of the creations of Cižek’s own students showed that they too copied, from each other! So, though he pushed an ideology, it was mostly based on an internally developed “house style” not pure uninfluenced talent. 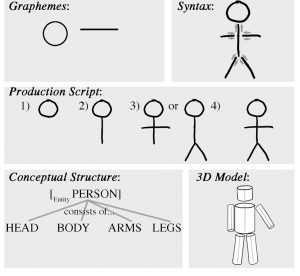 How do we learn a vocabulary? By copying! Imitation is the engine of language learning, whether it’s speaking or drawing. Yet, because we now have a cultural conception of drawing that says *not to copy* the result is: “I can’t draw.”

So, effectively, this notion that “copying others’ drawings is bad because it limits creativity” actually suppresses people’s ability to learn to draw in the first place! This is why people “can’t draw”: because the cultural notions of drawing oppress their development to acquire a visual vocabulary.

Some closing references: I talk about all this stuff in my pair of papers:

Background on this comes from excellent work by Marjorie and Brent Wilson, who have a nice practical book on Teaching Children to Draw.

Lots more background comes from the excellent academic work by John Willats in Making Sense of Children’s Drawings, who reviews the history of Cizek’s art school and it’s detrimental effects on art education.

Final thought: All this is to say that learning to draw is NOT about who does or does not have “talent”. Everyone starts out with the same potential for drawing, but it requires nurturing by acquiring a visual vocabulary.