This past weekend I got to enjoy the annual Cognitive Science Society conference in Québec City, Canada. Unfortunately, this year’s conference conflicted with ComicCon, but in the end it was definitely worth heading up to Canada than just going a few miles down the road here in San Diego.

I had several presentations throughout the weekend, but the highlight was the “Cognition of Comics” symposium on the first morning. Over the past few years, I’ve started collaborating on visual language research with a few other researchers, and I assembled everyone together to talk about our work.

I offered both an opening overview of my/our line of research, and at the end of the symposium I presented a wides scale view of how cognitive science issues can be studied using comics. In-between, my collaborators presented. David Wagner (University of Stavanger) and Tom Foulsham (University of Essex) both presented the work they’ve been doing using eye-tracking to see where people look while reading comics. Then, John Drury (Stony Brook University) presented work of ours looking at brainwaves in the comprehension of visual narratives, math, sentences, and music. This work seeks to explore whether the same brain mechanisms are involved in processing all of these domains.

Beyond the incredibly interesting talks themselves, as far as I know, this symposium is the first time multiple empirical psychology studies about the cognition of comics has ever been put together. To me, it felt like the starting point of the nascent field of visual language research—very exciting!

This feeling was only reinforced because we had ongoing discussions about research and comprehension of visual language for basically four straight days. Looks like there’s going to be some great research up ahead from all of us, and a lot of work to be done! Because of this, I imagine we might look back on this conference as a seminal point in the history of this research. 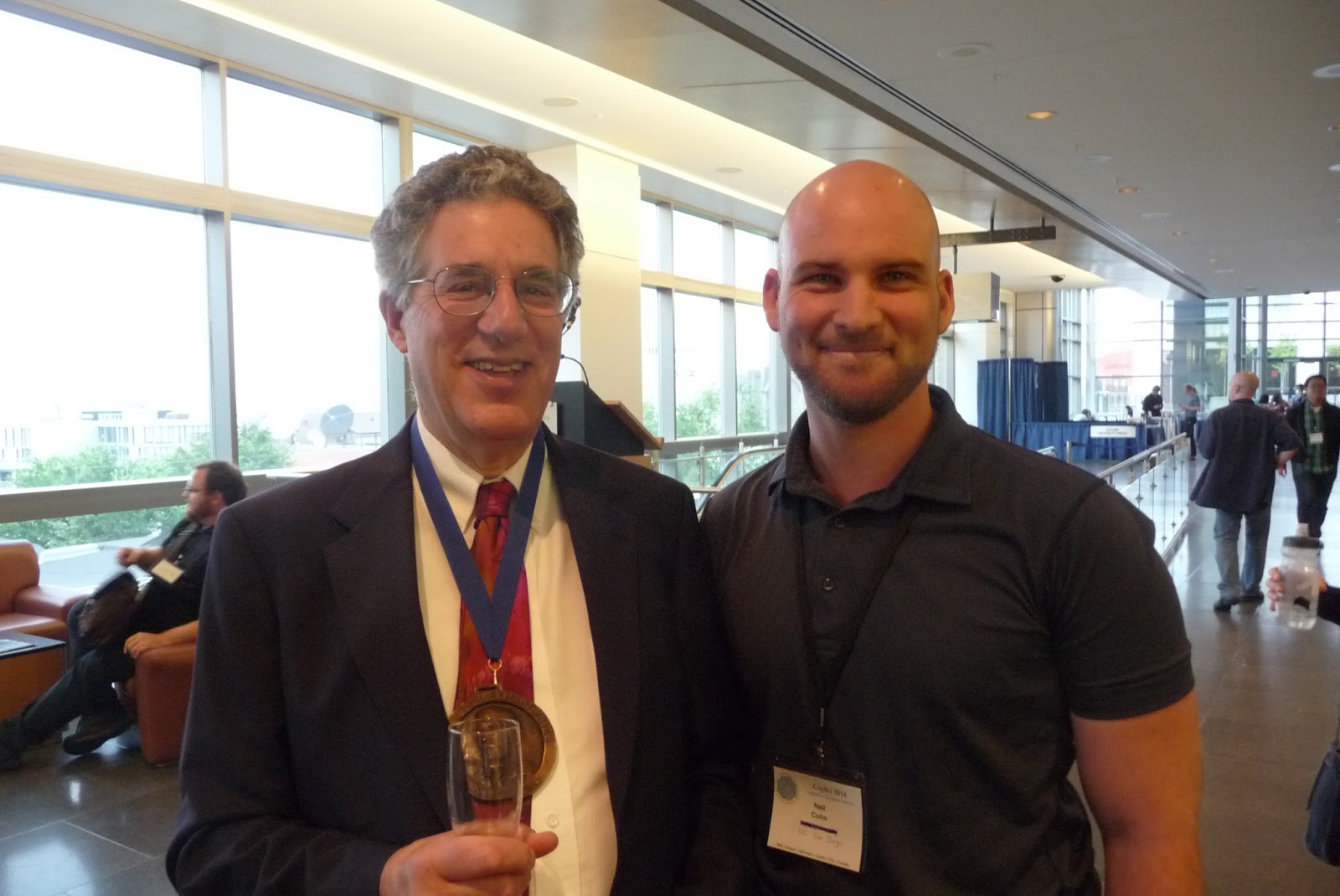 The other special thing about this conference was that my mentor, Ray Jackendoff, was awarded this year’s Rumelhart Prize, which is the “Nobel” of the cognitive science field. It’s hard to think of a scientist who is more deserving. The award not only honors his extensive scholarly contributions to areas across cognitive science (language, music, perception, consciousness, social cognition, etc, etc.), but also his teaching and mentoring. This is also quite deserved, as I can say as one of the few individuals to graduate with a PhD with him as my primary advisor.

As part of the award, Ray gave an impassioned talk about the need and benefit of “theory” in the cognitive sciences. I recorded video for the talk, and we’re going to try to get it posted online for all to see. Link to come.