I’m a few weeks late to post on it, but my workshops in Germany were wonderfully fun! I’ve spent the intervening week traveling throughout the East Coast, so I’m only now able to get to posting photos and whatnot from the trip.

It was a great time, and I greatly appreciated everyone’s enthusiasm, energy, and curiosities. The workshops were especially fun since I really only planned an introductory slideshow, and then I took requests for whatever the attendees wanted to learn the remainder of the day.

My first stop was Freiburg where I had a packed house of students and faculty from lots of different fields. We focused a lot on narrative grammar and page layout (as we did later in Bremen), but also quite a bit on cross-cultural studies. Here’s a group photo of those who survived the whole 8 hour workshop!

A few days later I made my way up to Bremen, where we had my second full day workshop. We again focused on narrative grammar and page layouts. But, I got to present some as-yet-unpublished theoretical work on multimodality (the paper for which I later ended up writing on the plane ride home). Alas, by the end of the 8 hours, I forgot to take a group picture, but it was quite the fun time. It also got covered by a German radio station, which you can listen to here.

I then gave my last talk as part of a series on film, which meant I had to discuss at least some ideas about how to apply my narrative grammar to film. That talk was in an amazing circular room at the University of Bremen that made me feel like I was an old Greek scholar or something (bring me a toga!). Also quite a fun experience, but only 2 hours so not nearly the marathon of the workshops. 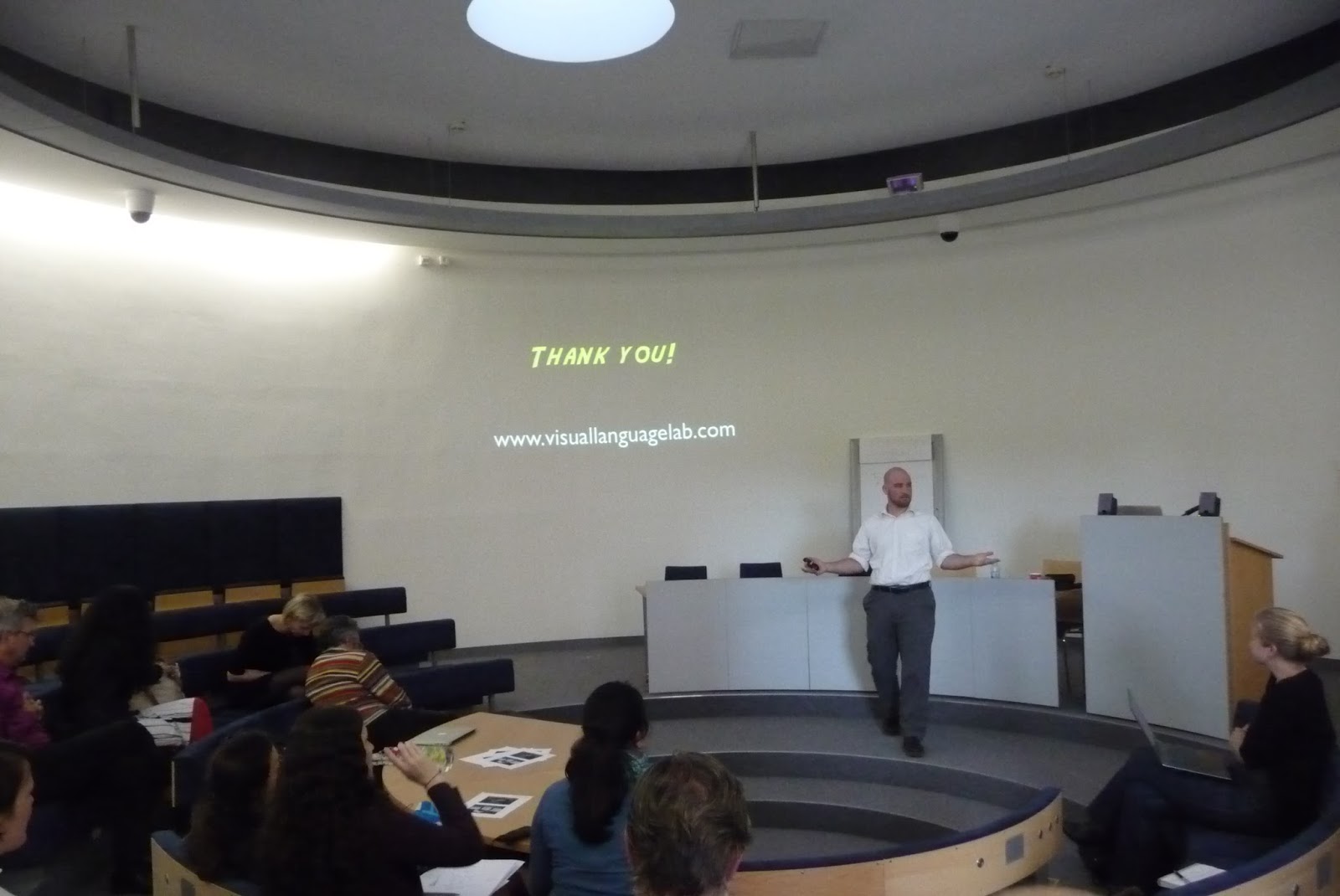 All in all it was a fun and educational trip, definitely for me and hopefully for the people who came out to learn and work with me. So, special thanks to John Bateman, Janina Wildfeuer, and Stephan Packard for bringing me out there and for being such great and hospitable hosts, and thank you to everyone who came out to participate and listen to the talks!

If you couldn’t come see me this trip to Germany, never fear! I’ll be back again for a conference on “Empirical approaches to comics” in Berlin this September 19 – 20. I would of course love to do more workshops during that time, so contact me if you’d like to have me!