Universality and diversity in visual languages

One of the interesting byproducts of my theory of visual language is the implication that drawings are not universal. Because images look like what they represent (the are “iconic), they are often taken to be universal in their ability to convey meaning. While this is often the case, it is not the whole story. 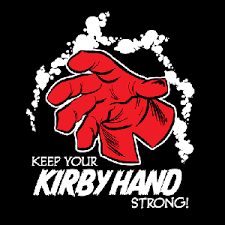 Visual Language Theory is committed to a cognitive viewpoint for looking at images. As I argue in my book and my article “Explaining ‘I can’t draw’,” drawings are not created out of our perception of the world. Rather, we use a vocabulary of graphic “schemas” that then correspond in meaning to the way things look. For example, Jack Kirby had a particular way of drawing open hands that he used each time one was called for. This graphic pattern was stored in his mind, and connected to the concept of “open hand.”

This means that in order to draw, each individual needs to build up a vocabulary of patterned ways to draw things. I’ve argued that this is one of the reasons why people end up not being able to draw proficiently: they don’t build up (i.e. learn) a sufficient visual vocabulary of graphic patterns in this way, in the same way that learning a language requires you to learn the vocabulary of words (i.e. sound patterns connected to meanings).

This perspective flips the consideration of images away from perception (seeing images) to production (producing images). In order to view images, they first must be produced from the mind of an individual, and from that individual’s cognitive patterns (*modern computers notwithstanding).

Ok, with that on the table, let’s now talk about issues of diversity and universality.

In terms of comprehension, drawings are indeed fairly universal in their understandability. At least, most parts of them. The studies I’ve read seem to suggest that the iconic aspects of understanding images are fairly understandable across the world. People can generally understand basic images if they look like what they represent, such as a horse is understood as a horse, a car as a car, etc. (but not always stick figures, interestingly enough). This applies at least to basic line drawings.

The aspects of drawings that pose a challenge to certain people (such as those removed from Western society, like from African tribes) are the more “realistic” aspects of images. Things like depth (especially perspective) and realistic shading end up being less understood (compared to depth using size or simple drop shadows, which don’t pose problems). There are some other variables too, but these are the basics. (Of course, highly conventional things like thought bubbles, speech balloons, and motion lines are also culturally relative, but we’ll keep the discussion to the iconic aspects of drawings).

So, in comprehension, there is a balance of what appears to be universally understandable (i.e., recoverable from vision alone) and what relies on knowing aspects of culturally relative drawing drawing systems.

In production, the diversity should be even more apparent. Because drawings come from the minds of individuals, a person’s “drawing style” reflects the visual vocabulary they have developed. If various people share common patterns, we can say that they all draw in a common visual language. This gives rise to different visual languages in the world, just like there are different verbal languages spoken by different populations of people with common patterns in their heads.

Thus, why do American comics and Japanese manga look different? It’s because they are produced using different visual languages.

In this way, even though drawings may be iconic—resembling what they look like—they are not universal. Like any other language, visual language remains culturally relative and diverse.

Having made this distinction, the questions then become 1) what underlying aspects of drawings are indeed universal, and 2) what are the ways in which different systems diverge. Answering these questions requires as serious and expansive research as would be necessary to describe the “universality” in any other linguistic system.