In a series of Twitter posts, I recently reflected on the pitfalls of various comics research that hasn’t been published. Since I think it contains some valuable lessons, I’m going […] 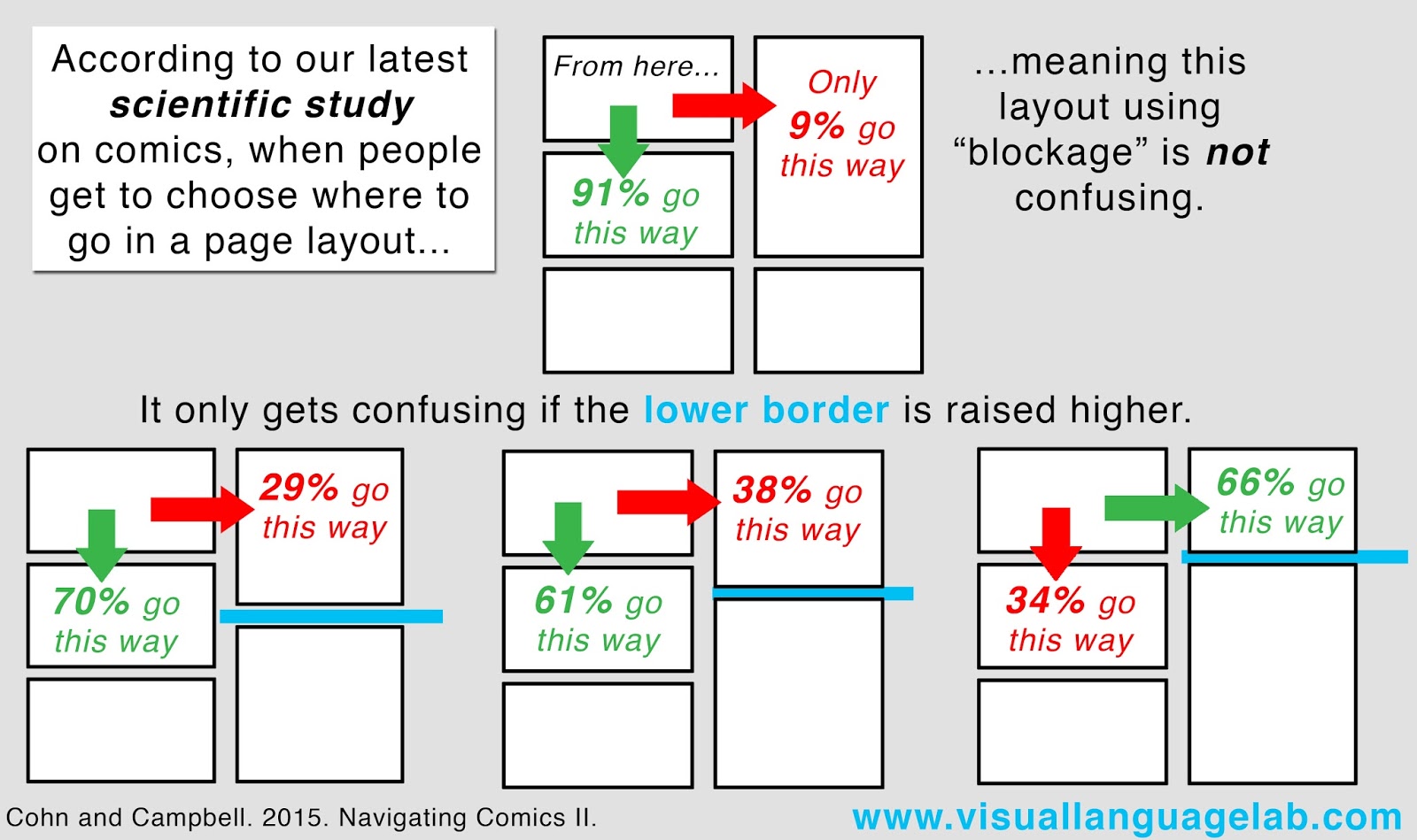 At my ComicCon panel, someone asked me whether I have a measure for comic reading experience. Indeed, I do! I’ve been using the Visual Language Fluency Index (VLFI) score which […]

Comic-Con 2015: The Scientific Study of The Visual Language of Comics

Thanks to my good friend Dan Christensen, I here present my talk from Comic-Con 2015, “The Scientific Study of The Visual Language of Comics.” This was my introductory talk for […]

Using the theory of narrative grammar

As people have now started reading my book and papers, they’ve naturally started to try to apply my theories of “narrative grammar” to sequential images found in comics. My “narrative […]

Can I brag for a moment? Not about me, really, but about my students! This quarter I’m teaching a course on the “Cognition of Comics” for the UCSD Cognitive Science […]

One of the interesting findings throughout many of my experiments is that the comprehension of sequential images seems to be modulated by participants’ “comic reading expertise.” These effects are predicted […]

Every now and then, I see or receive commentary from people about my studies where they object to some of the stimuli in my experiments. They exclaim things like, “But, actual […]